The Great Wall is the most famous icon of China: a World Wonder, visible from the moon, printed on bills and stamps. A military device to protect the Middle kingdom from the wandering tribes of North and Central Asia from the civilised plains of the middle kingdom; a symbolic border, signifying the limit of the organised world – separating the wildnerness, outside, from the garden space of China.

From the – urban – point of view of this blog, it is worth noting that the word for the Great Wall – 城 – also means ‘city’; literally, a space inside a wall.  Within the Great Wall, the developed regions of China connect like the different suburbs of a gigantic metropolis.

Everyone’s heard of the Great Wall. But there is another, as important monument, which serves a complementary function: the Grand Canal, a networks of waterways running from Hangzhou in the blue river delat to the capital, Beijing; connecting North and South, and unifying the two main river systems of the country. The canal was developed around the 5th century before Christ, and has been used consistently throughout history to transport products – food, cloth, building materials, animals, art – around the country. In terms of engineering and effort, the Grand Canal is the dug in equivalent of the great wall. The unseen hollow, that water fills in – but essential to the possibility of life.

Interestingly, Tianjin has both. The Great Wall runs across the North of the Municipality; the fortune of the city depended on its strategic location, at the meeting place of the Grand Canal and the Hai river, the northernmost sea access for the Canal. The little tourism propaganda guide I bought ‘Tianjin, Lustrous Pearl of the Bohai Gulf”,  by Foreign Language Press, insists on every second page about this fact: the unique character of Tianjin comes from its unique status as a riverine and a maritime city. 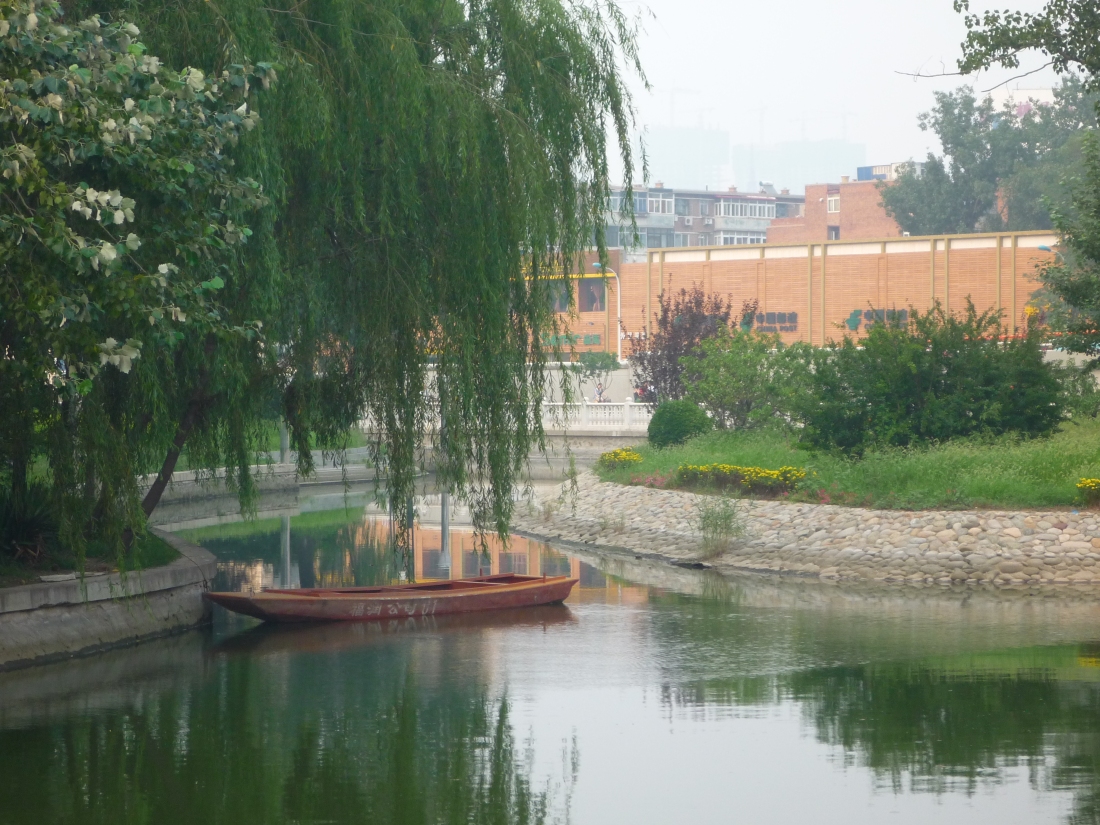