Aaron took me to a restaurant called ‘Friends’, in ‘Magnetic city’, a new development next to the Olympic stadium. He had bought a special coupon online, which gave 210 kuai worth of food for 65. The place was quite elegant although, at 5h45, resolutely empty. 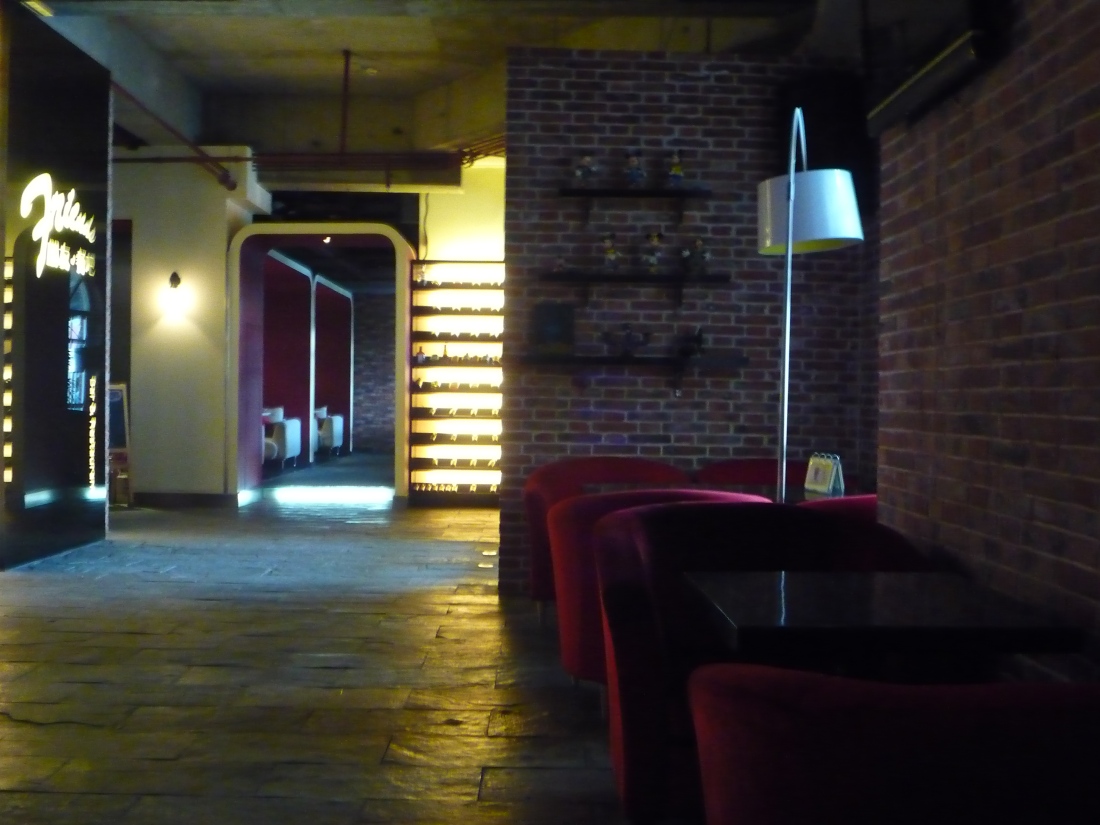 The menu was ‘western food’, but the first item that arrived confirmed what I had been thinking from the start – this would be a different eating experience. 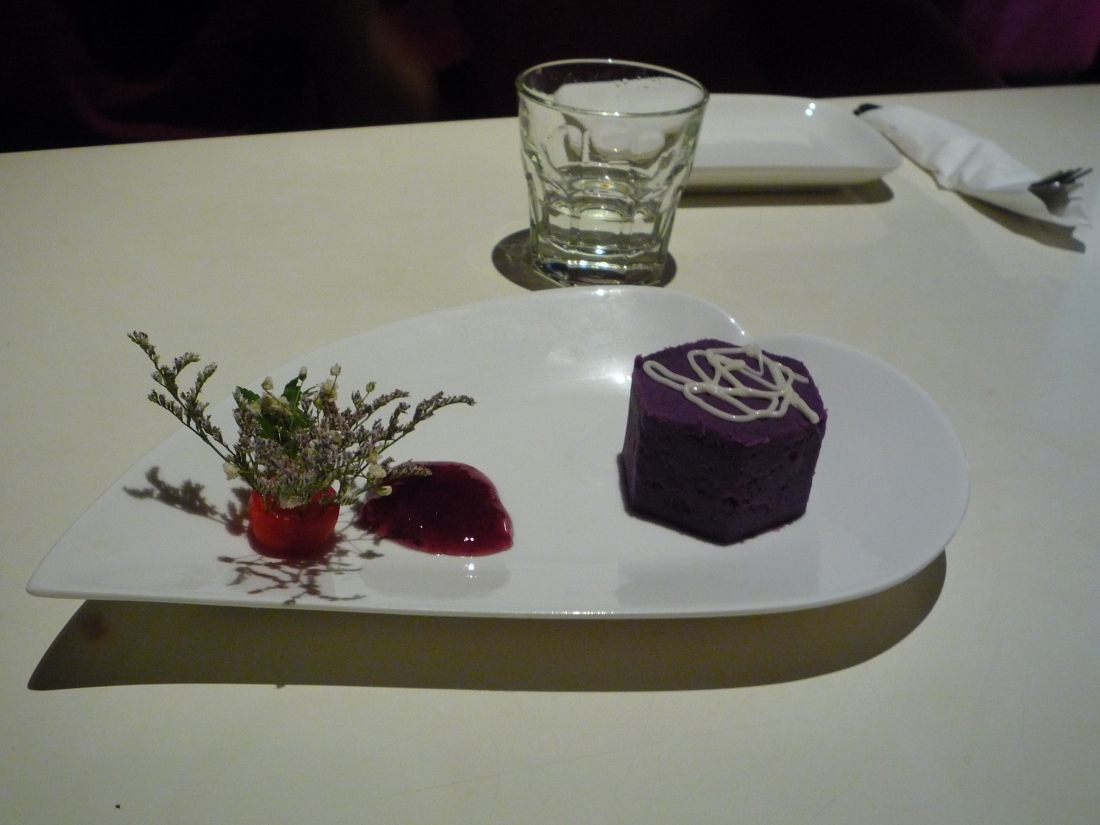 The purple lozange came with some sort of jam, and dried flowers stuck in a cherry tomato. I thought it was the starter – strange, a sweet starter, but then why always have the sweet things last? Later, I found out from Aaron that he had to negotiate so the ice cream would come at the end. Whether it is complete carelessness, or a deliberate attempt to unsettle eating habits – I am not certain.

Followed a dish of ‘yidali mian’ (Italian pasta). Spaghetti bolognaise, Tianjin style: a strong taste of thyme, and added sugar. Italians do add sugar to their tomato sauce, to correct the acidity, but this was unlike anything I’ve ever tried from Venice to Naples. 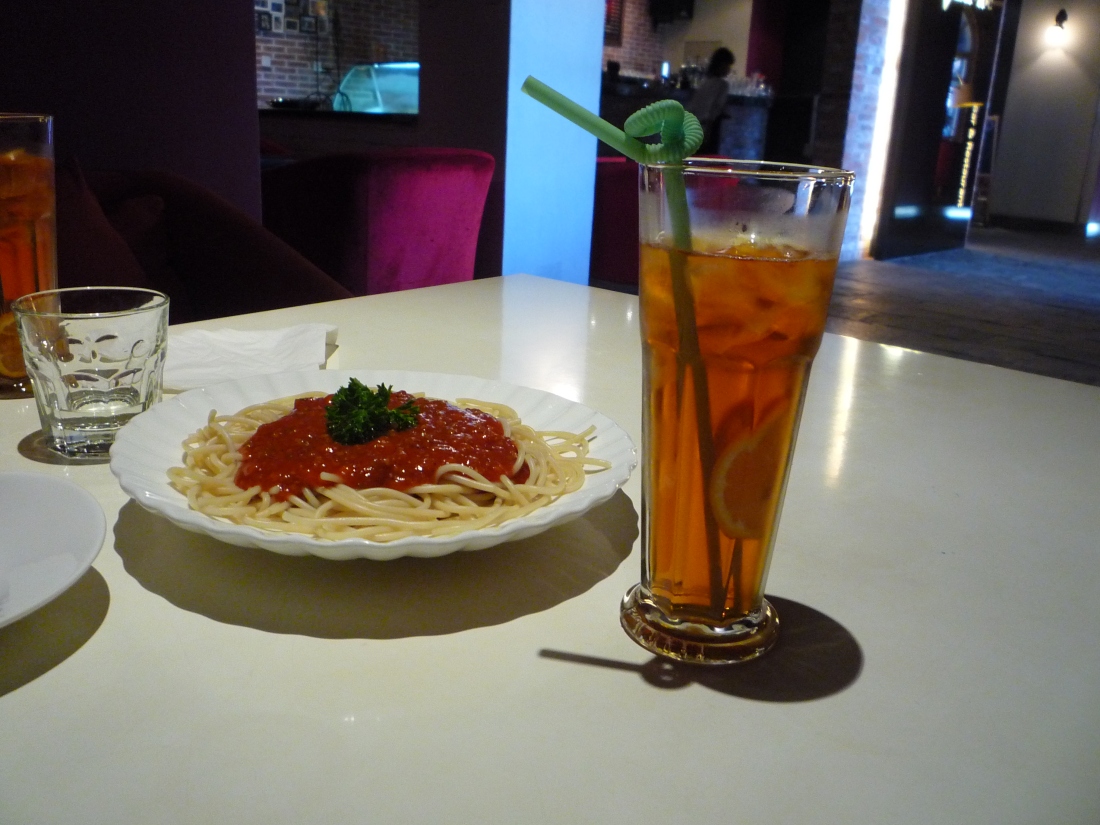 Yet it was not unlike Hangzhou cuisine – except for the texture of the spaghetti, nicely al dente, quite Italian. Overall, the whole meal was slightly disturbing. Not bad as such, but really different from what I expected. Untill the revelation came: this was not Western food, it was fusion food. Then it all made sense!

China is famous for its regional cuisines – Sichuan, Cantonese, Shanghaiese, Beijing, etc. – I read about them a few times, and tried to memorize their differences (Shanghai is sweet, Sichuan is spicy, Beijing is salty, etc). But now, with the opening to the world, a new type of food is being produced. Some sort of ‘Chinese fusion’, presented as ‘Western’, but which is to Western food what the ‘westernised Asian’ we can find in the West is to authentic Chinese. A restaurant I found when returning to Magnetic city confirmed my intuition – it explicitly labelled itself fusion, had a menu written in English and Korean, and advertised ‘Verona’ ice cream. 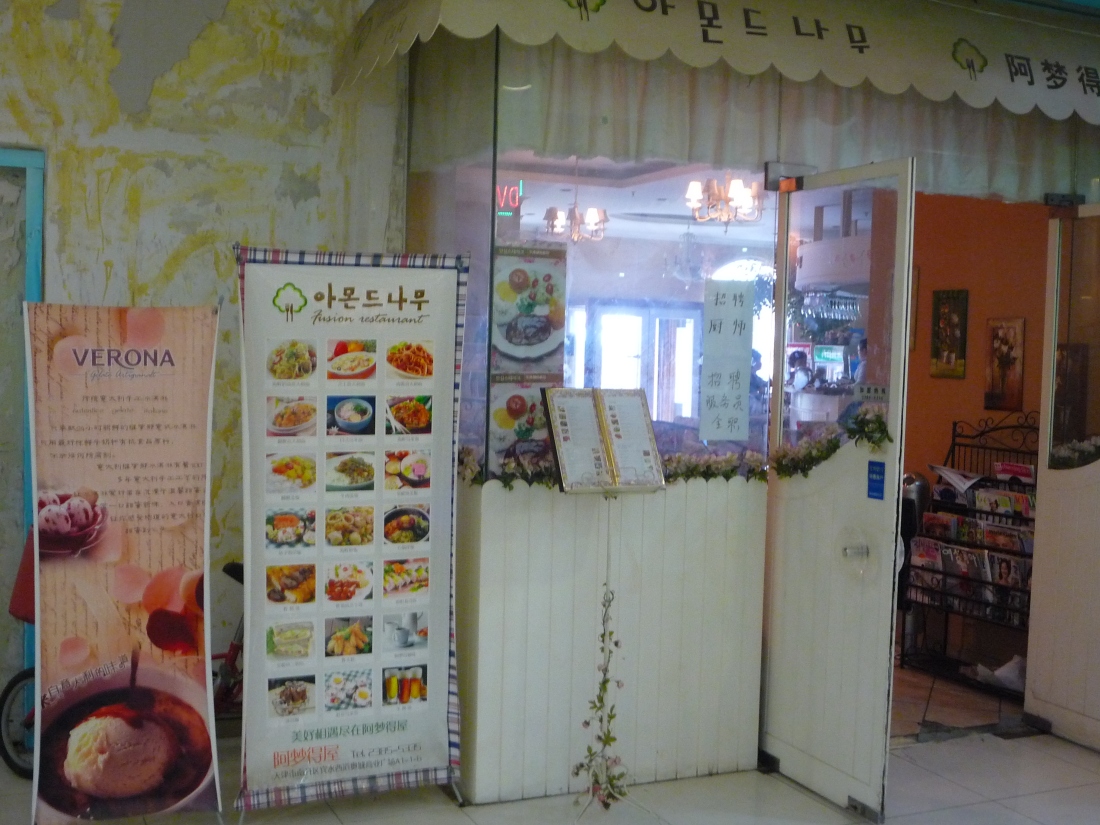 But on the spot, I didn’t call the food fusion – I called it Japanese. Rather, I think it was, precisely, ‘Japanese fusion’. Japan (and Korea) has been receiving western food for a while now, and interpreting it. Sweetening the taste, cooking with rice. A dish of baked pork with cheese on rice was precisely that – a Japanese interpretation of lasagna.

Like San Francisco, Melbourne and Tokyo, it seems that Tianjin is discovering the joys of fusion food – a necessary step to becoming a Pacific major metropolis?