Tianjin is a water city, built along the banks of the Hai He river, at the intersection of the North and South Canal, and about 15km from the the Estuary on the Bohai Gulf. Its location (and history) is somewhat similar to that Shanghai, for which reason I like to call the the waterfront of the former French concession ‘the Bund’ 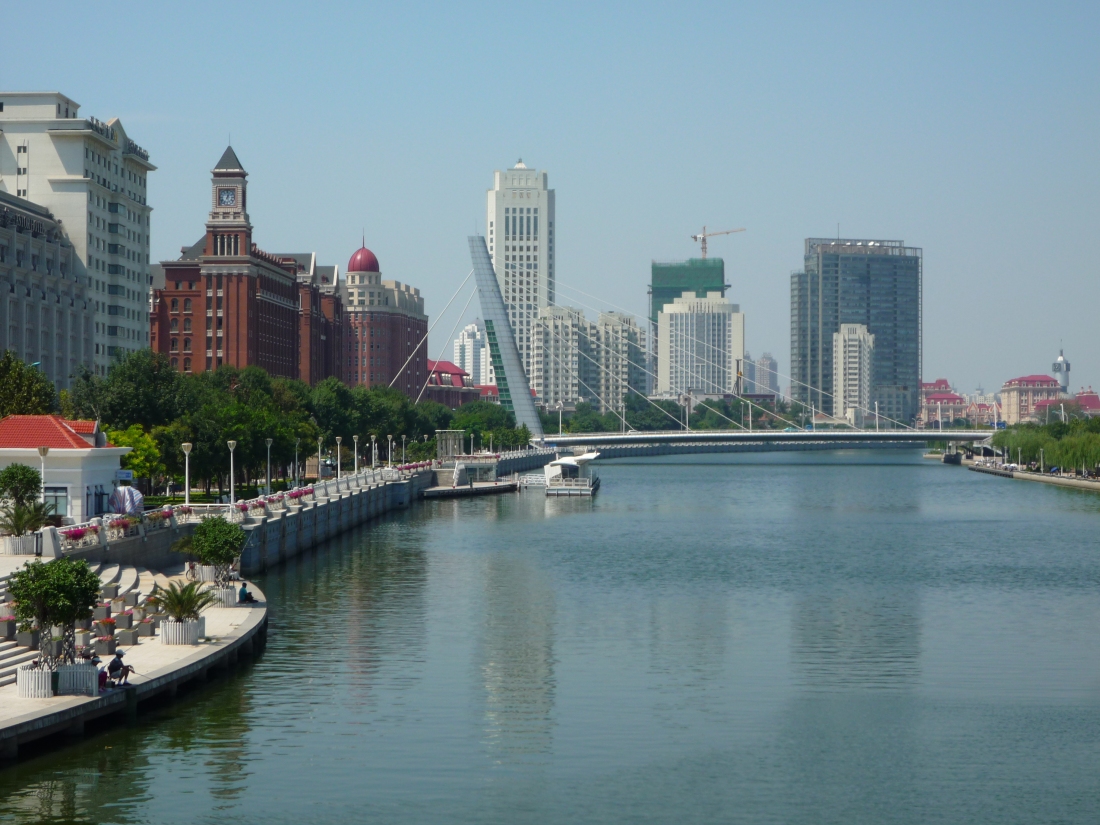 The fortune of Tianjin – in literal translation ‘Sky Ford’ – was always connected to its location – a meeting place of many waters, a cross-canals offering passage to the sea, nearby.

In such an environment, bridges – as much as boats – have a crucial function to play, practically (because if people cannot cross, then the many waterways become an obstacle to trade), and symbolically – signifying connection.

The colonists understood that symbolic function, and built garish bridges on the Paris model, with warrior sculptures on pedestals, and horses at water level.

Two of the most famous symbols of Tianjin are the 19th century ‘Jiefang’ bridge – allegedly built by Gustave Eiffel (Eiffel tower Eiffel), and just further down-river, the new sun and moon bridge from Da Gu road to He Bei district.

But the beauty of Tianjin comes not only from the majestic Hai He, snaking its way through the city centre. The town is full of quieter water bodies. There are lakes in the Water Park, or People’s Park, or at the foot of the TV Tower. Bridges are there, as well, to connect artificial islands, a zoo, a Japanese garden to the mainland.

Not far from where I worked is a long canal – which, if I was on a little barge, and followed it, could lead me to Beijing, or Shanghai, or, along the coast, all the way to Seoul. I’ve sat on a bench, often, looking at it.

I crossed a stone bridge over it, many times a week, to get my lunch.